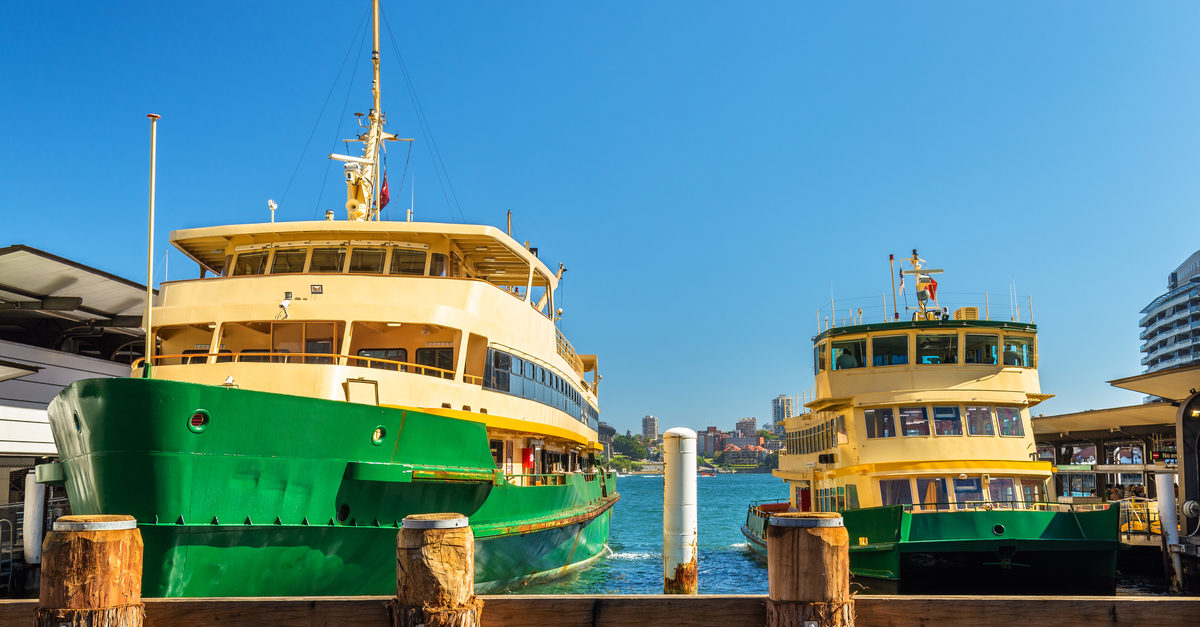 Falling asleep at the job may not seem like a valid reason for dismissal in most cases, however the Fair Work Commission has upheld the dismissal of a Ferry Master who fell asleep whilst on duty.

Mr Nigel Sclater was employed as a Ferry Master by Transdev Harbour City Ferries until his dismissal on 23 April 2019. The dismissal resulted from an incident on 11 April 2019, when Mr Sclater was on duty as the Master on the ferry ‘May Gibbs’, travelling between Pyrmont Bay Wharf and McMahon’s Point Wharf. An Operations Manager for Transdev Harbour City Ferries, Mr Nicholas Dinham, boarded the ferry and entered the wheelhouse when it arrived at the Balmain East Wharf. He found Mr Sclater asleep on a small bench located in the wheelhouse with the vessel’s Engineer, Mr Jaroslaw Drygajlo at the helm.

Mr Sclater had been working for Sydney Ferries since 1995. His qualification of Master Class 4 allowed him to work as Ferry Master. At the time of the incident which led to his dismissal he was taking four types of heart medication (Brilinta, Lipitor, Aspirin and Coversyl) following a heart attack in 2015. He held a full medical clearance to work as a Ferry Master and had not suffered any adverse effects due to the medication.

On 27 March 2019, he began using an over-the counter cough mixture known as ‘Dry Tickly’ to fend off the persistent cough he had at the time. He sent a photo of one side of the packaging box to Mr Dinham, his line manager, without reading a warning on the other side, stating: “This medication may cause drowsiness. If affected do not drive a vehicle or operate machinery.” He took this mixture for over a week without noticing fatigue or other side effects.

On 11 April 2019, Mr Sclater’s journey to work was delayed by a flat battery in his motor vehicle, causing him to rush and accidently leave his heart medication in his vehicle upon arrival. He took two doses of the cough mixture, one at 4:50 am and a further dose at 6:30 am. On this day, Mr Sclater drove the ‘May Gibbs’ from Circular Quay to Pyrmont Bay wharf, arriving at approximately 9:00 am. Mr Sclater states that at the Pyrmont Bay wharf, he began to feel tired and sat down on the settee in the wheelhouse. Mr Sclater states that he closed his eyes and must have drifted off but believed that he was only “absolutely unconscious” for about five minutes. The Engineer was in control of the ferry to Barangaroo wharf, then to Balmain East, where Nick Dinham joined the ferry and came to the wheelhouse. Mr Sclater woke at around 9:34 am, rising to his feet off the settee after noticing the arrival of his Line Manager. Under Mr Sclater’s newly conscious supervision, Mr Drygajlo continued to pilot the ‘May Gibbs’ until it berthed at Milsons Point and Mr Sclater was able to oversee the trip to the ferry’s next stop, Circular Quay.

Mr Sclater met with Mr Dinham as well as Aaron Brown, another operations manager, at 12:00 pm later that day. Mr Sclater was stood down with pay at the end of the meeting.

He received a show cause letter on 15 April 2019. It alleged that he had been found sleeping on the job while being in control of a Transdev vessel. Replying on 18 April 2019, Mr Sclater stated that he handed over control of the Vessel to the Engineer between Balmain East and McMahons Point briefly, for five minutes as he was especially tired on the day and did not want to risk the safety of the vessel. However, in a witness statement of 28 July 2019, he stated that he did not direct Mr Drygajlo to take control of the ferry and was unsure as to whether Mr Drygajlo had asked to take control of the vessel although considered it a possibility.

Mr Sclater agreed that he told Mr Dinham on the day that he was not asleep but just had his eyes closed. However, this response related to events prior to arriving at Balmain East, where he was with his eyes closed, napping. He declared that he told Mr Dinham that he was “managing his fatigue”, which he conceded is the same as stating he was asleep.

Mr Sclater’s consciousness was a contentious issue and he was inconsistent regarding how long he was asleep for in his various versions of events.  Mr Sclater’s responses during cross-examination as to his state of consciousness while on the ‘May Gibbs’ was somewhat confusing. He claimed that he handed over control of the ferry when leaving Pyrmont Bay Wharf and fell into a “lapse of sleep” just prior to Balmain East, meaning where he became unconscious. He stated that he was “incapacitated” while napping, but not asleep. However, Mr Sclater subsequently acknowledged during cross-examination that he was asleep, and only woke up when he heard Mr Dinham enter the wheelhouse at Balmain East.

The Commission did not, however, find Mr Sclater to be dishonest. Deputy President Bull noted that it is difficult for the employee to be aware of how long he was asleep.

However, his breach of the Drug and Alcohol Policy was another matter. Mr Sclater didn’t ask the pharmacist about the potential effects of the cough mixture when buying it which he was meant to under the Drug and Alcohol Policy.  He failed to read the information regarding the possible side effects of taking the cough mixture. He also failed to follow the prescribed dosage, having taken a second dose without allowing for the recommended period of at least six hours to elapse. On any account, the Commission held that having the Master of a ferry asleep while on duty when providing a public transport service in Sydney Harbour cannot be countenanced. As the Master, he has to stay alert and in control of the vessel at all times, which he failed to do. There was a valid reason for dismissal.

The Commission held that because of his long service as a Ferry Master he should have been acutely aware of the public safety issues involved and not allowed himself to be in a position where he could fall asleep.