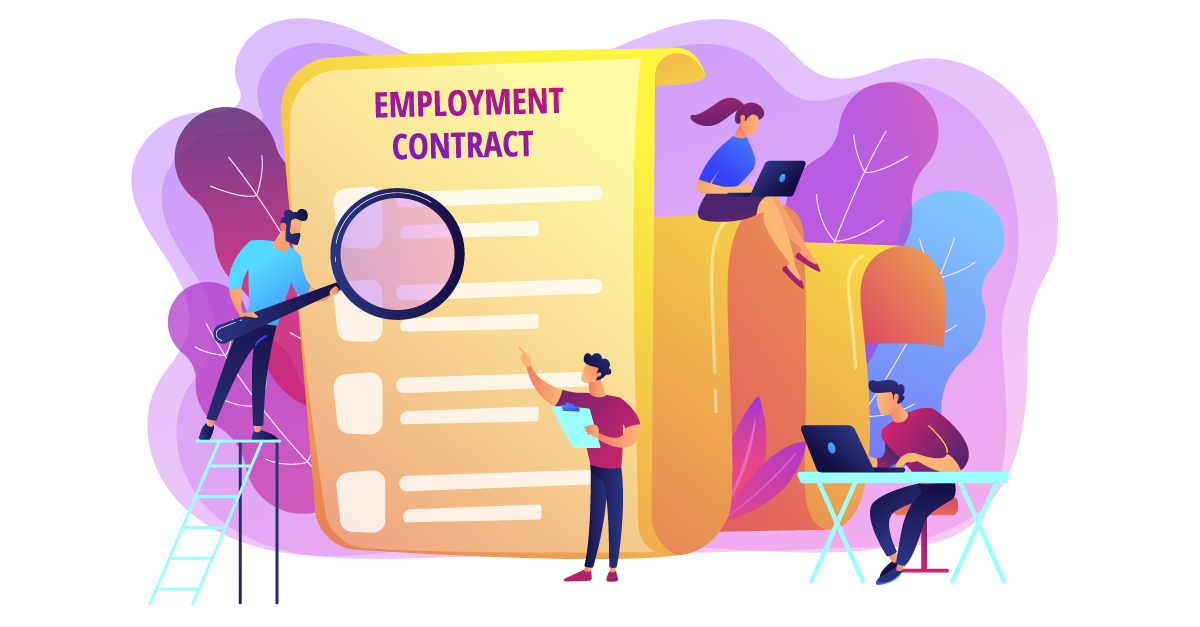 In our recent newsletter, we addressed the key terms of an employment contract, which are made up of both Express terms (those written in the document), and Implied Terms (which are both implied by law, and implied by fact).

This month, we address some other situations where terms may be incorporated into the contract, such as other relevant extrinsic documents or representations by parties. The most common examples in the employment context, has been the incorporation of industrial instruments or workplace policies into the contract of employment.

The general common law principles that apply to incorporation of terms are centuries old. There are three primary requirements:

The parties must be on notice of the terms prior or during the period in which agreement to the contract is reached;

If the terms are in a document, that document must be ‘contractual’ in nature (in which case signing the document will bind the party, even in the absence of their knowledge); and

The party including the term, must take ‘reasonable steps’ to bring the term to the other party’s attention.

The English case of Parker v South Eastern Railway Company [1877] 2 CPD 416 involved the incorporation of terms on a cloakroom ticket and a sign. Parker left his bag with the railway’s cloakroom. He received a ticket in exchange for his bag that stated, ‘see back’, which had an exclusion clause that matched a sign on the wall. The issue was whether Parker had been given enough notice of the condition. At first instance the judge said the terms were not incorporated as they had not been read by Parker. An appeal was successful, however, as the court considered it enough that Parker knew there were terms to be read on the other side of the ticket. Whether he choose to read them or not was irrelevant.

Olley v Marlborough Court Ltd [1949] 1 KB 532 also looked at the incorporation of a sign that exempted the hotel’s liability for lost or damaged goods. It was held, as the sign was not visible when signing the contract, that the sign could not be incorporated. These long established principles are still relevant in considering the incorporation of terms into the modern contract of employment.

Pre-contractual statements, in some circumstances, will also form terms of a contract. This determination is based on an objective test, considering the “effect [the] statement would have on the mind of a reasonable person so as to make him think that such a representation was contractual in its nature”: Ellul and Ellul v Oakes (1972) 3 SASR 377.

Toll (FGCT) Pty Ltd v Alphapharm Pty Ltd (2004) 79 ALJR 129 confirms the position that the rights and liabilities of parties to a contract are to be determined objectively. The meaning is determined by what a reasonable person would have understood them to mean, taking into account the text, surrounding circumstances and the purpose of transaction.

As set out in section [1.5.4], one of the key express terms of an employment contract should be the ‘entire agreement clause’. If properly drafted, this clause will generally exclude any pre-contractual negotiations or statements from forming part of the contract.

Incorporation of Terms in Employment
There are two common scenarios where ‘incorporation’ has been an issue relating to the contract of employment – the first relate to the incorporation of industrial instruments such as modern awards, enterprise agreements and the National Employment Standards, the second relate to workplace policies. There have been many situations in which employees have claimed that these form part of the contract of employment with varying success. This can be an important distinction, because where they are incorporated as terms, this may entitle the employee to damages for breach of contract.

Incorporation of Industrial Instruments
For most of the twentieth century, the position relating to whether legislative instruments creating workplace rights (such as an award) would be incorporated as terms of the contract was unclear. This issue came to a head in the late 1980s and early 1990s.

In the case of Gregory Philip Morris Ltd (1988) 80 ALR 455, it was held that the term of an enterprise agreement was a term of the contract, giving the employee a right to contractual damages.

In Byrne v Australian Airlines (1995) 185 CLR 410, however, the High Court overturned Gregory. This remains the current authority on this issue. The High Court held that where the parties fail to set out the exact terms of a contract in writing, a court will only incorporate a term if it is necessary for the operation of the contract. Given that industrial instruments operate independently, their incorporation is not ‘necessary’, and a court should not take that step.

In Goldman Sachs JBWere Services Pty Ltd v Nikolich (2007) 163 FCR 62 the issue of incorporation relating to the ‘Working With Us’ (WWU) document was considered. After Nikolich was dismissed, he asserted that Goldman Sachs failed to comply with terms of the WWU, including a term that the employer “would take every practical step to provide and maintain a healthy working environment for its employees”. Mr Nikolich argued that the document was part of his contract and sought contractual damages for a psychological injury resulting from its breach. On appeal, the Full Federal Court applied the test;

“if a reasonable person in the position of a promisee would conclude that a promisor intended to be contractually bound by a particular statement, then the promisor will be so bound”.

The Court made a distinction between promissory and aspirational language. In this sense, where the language is promissory (such as ‘will’, ‘must’, ‘shall’) it demonstrates an intention to bind the parties. Conversely, aspirational language (such as ‘endeavour’, ‘aim’, ‘promote’) is used as guiding principles rather than binding principles. The Court endorsed the trial judgment on the following matters that it considered compelling to incorporation:

WWU’s document was described as ‘general instructions’ in the Letter of Offer;

WWU provided employee entitlements and set out directions to employees.

In a similar case, Romero v Farstad Shipping (Indian Pacific) Pty Ltd (2014) 231 FCR 403, the employee’s letter of offer included a clause that “all Farstad Shipping Policies are to be observed at all times”. The Court found that the terms of the policies were promissory in nature, and held that:

“In situations where clear language is used and sufficient emphasis is placed upon the need for compliance…especially where that goes to fundamental conditions of employment…the parties would be expected to regard such terms as contractually binding.” (emphasis added)

Romero successfully argued incorporation of the harassment policy, established Farstad’s breach of the policy and the question for damages for breach of contract was to be considered by the court.

To summarise, the cases establish the following indications of when a policy will be binding;

it relates to fundamental conditions of employment, usually found in an employment contract;

language is clear and demonstrates the need for compliance;

The Contract of Employment is a critical document for the protections of an employer’s legal interests. However, poorly conceived contractual arrangements can also represent significant risk for employers. Careful consideration should be given to these issues, and hopefully our two newsletters (together) provide a helpful starting point.

For specialist advice or help with drafting, feel free to contact us at PCC Employment Lawyers on 02 8436 2500 or info@pcclawyers.com.au